OpenCV  was started at Intel in 1999 by Gary Bradsky and the first release came out in 2000. Vadim Pisarevsky joined Gary Bradsky to manage Intel’s Russian software OpenCV team. In 2005, OpenCV was used on Stanley, the
vehicle who won 2005 DARPA Grand Challenge. Later its active develop-ment continued under the support of WillowGarage, with Gary Bradsky and Vadim Pisarevsky leading the project. Right now, OpenCV supports a lot of algorithms related to Computer Vision and Machine Learning and it is expanding day-by-day.Currently OpenCV supports a wide variety of programming languages like C++, Python, Java etc and is available on
different platforms including Windows, Linux, OS X, Android, iOS etc. Also, interfaces based on CUDA and OpenCL are also under active development for high-speed GPU operations.OpenCV-Python is the Python API of OpenCV. It combines the best qualities of OpenCV C++ API and Python language.

Python is a general purpose programming language started by Guido van Rossum, which became very popular in  short time mainly because of its simplicity and code readability. It enables the programmer to express his ideas in fewer lines of code without reducing any readability.Compared to other languages like C/C++, Python is slower. But another important feature of Python is that it canbe easily extended with C/C++. This feature helps us to write computationally intensive codes in C/C++ and create
a Python wrapper for it so that we can use these wrappers as Python modules. This gives us two advantages: first,our code is as fast as original C/C++ code (since it is the actual C++ code working in background) and second, it is very easy to code in Python. This is how OpenCV-Python works, it is a Python wrapper around original C++ implementation.
And the support of Numpy makes the task more easier. Numpy is a highly optimized library for numerical operations.It gives a MATLAB-style syntax All the OpenCV array structures are converted to-and-from Numpy arrays. Sowhatever operations you can do in Numpy, you can combine it with OpenCV, which increases number of weapons in your arsenal. Besides that, several other libraries like SciPy, Matplotlib which supports Numpy can be used with this.So OpenCV-Python is an appropriate tool for fast prototyping of computer vision problems.

Before starting these should be installed

Getting started with Images

you will learn how to read,display and save the image.

Follow this simple python program to understand above functions 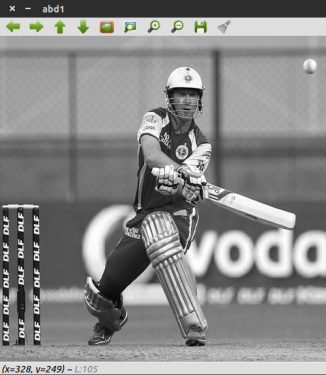 As you know image is matrix. you can access the RGB values by specifying row and column values of the matrix.

Sometimes, you will have to play with certain region of images. For eye detection in images, first perform face detection over the image until the face is found, then search within the face region for eyes. This approach improves accuracy (because eyes are always on faces 😀 ) and performance (because we search for a small area).ROI is again obtained using Numpy indexing. Here I am selecting the ball and copying it to another region in the image: 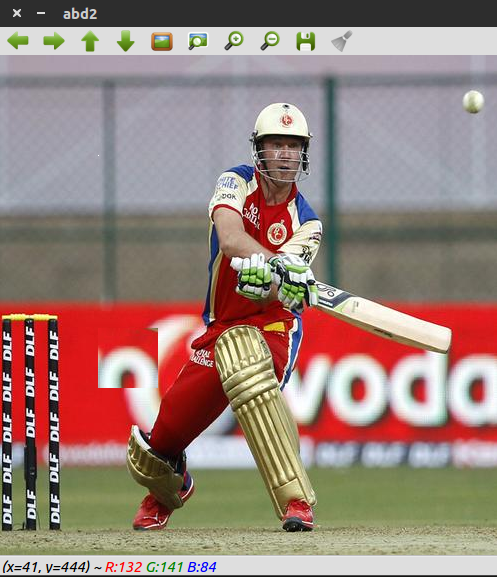 You can add two images by OpenCV function, cv2.add() or simply by numpy operation, res = img1 + img2.Both images should be of same depth and type, or second image can just be a scalar value. 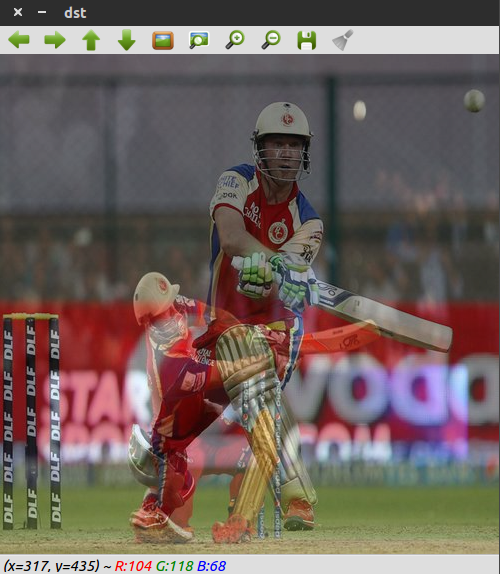